Jan Stępień wants to give this talk

Property-based testing: You won’t look at your tests the same way ever again

Property-based testing changes the way we look at our test suites. Instead of specifying test cases one after another, this advanced testing technique enables us to automatically generate a stream of inputs. Despite its potential, property-based testing still remains under the radar within the Ruby community. Let’s try to uncover its strengths together.

The talk will discuss how property-based testing compares to traditional testing methods and demonstrate its principles with simple examples. In order to bust the myth of the inapplicability of property-based testing in a real-world setting we’ll bring up some use cases from industry. Finally, we’ll wander into the world of concurrency and the automation of race condition detection. 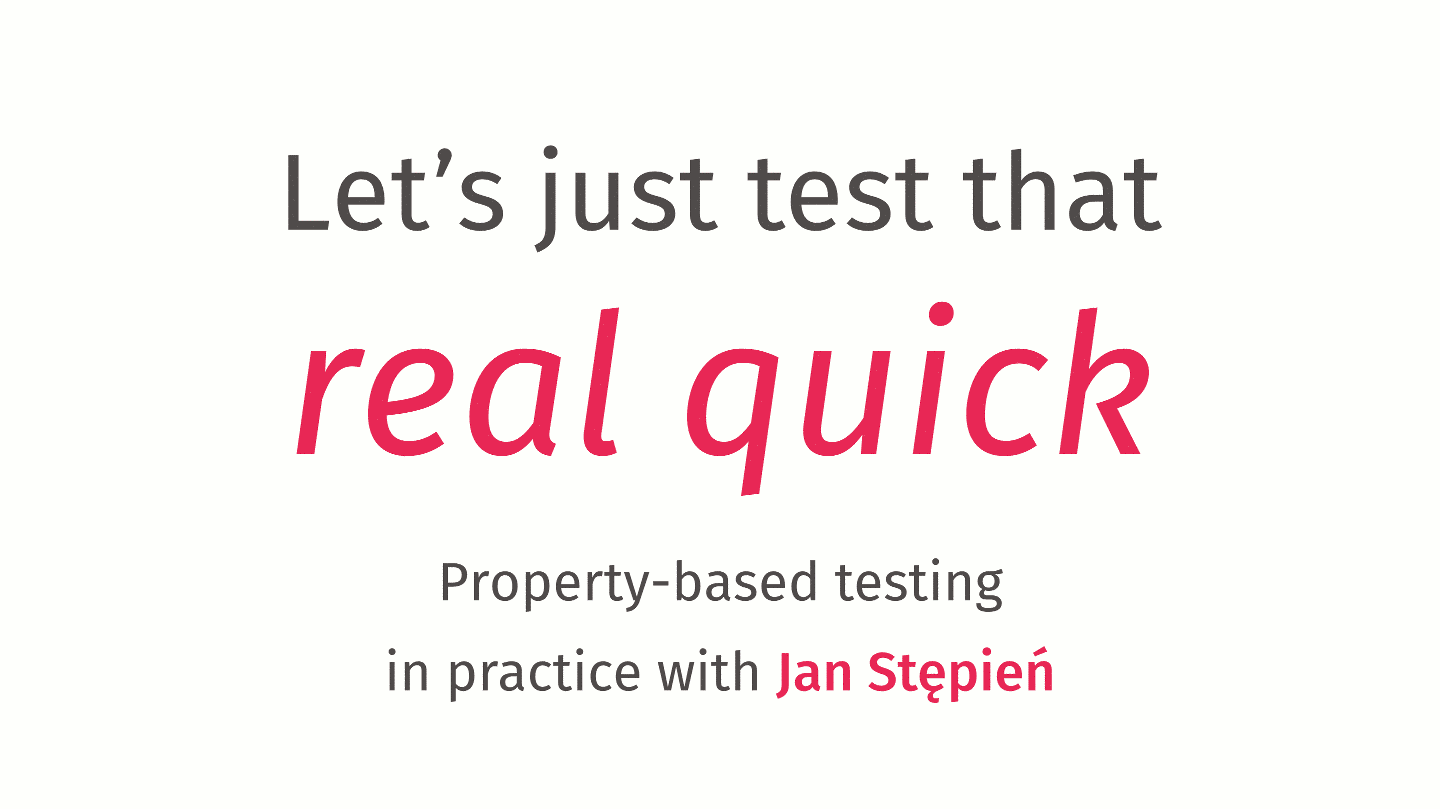 at May Meetup 2018, hosted by Tobias Pfeiffer